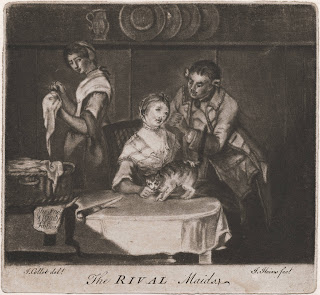 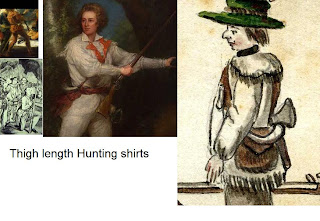 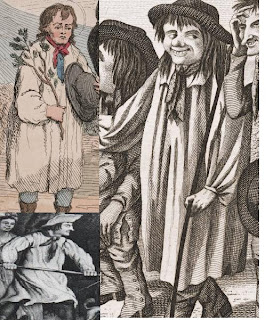 So I've been tweaking my shooting gear (again) trying to find the perfect shooting rig based off documentation. Crazy idea I know but I'm trying to tweak what I do to the period info and like i've said before...it works. Anyhow I decided one thing I needed to look into was a native pick. I found a nice example from the Conestoga site It's a simple brass pick around 4 inches long( Susquehanna's Indians, Barry Kent page 245..Great book still in print and full of images of dug material)
I also decided to lose the tin oiler I'd carried for a few seasons now and switch it out for a glass vial. I picked up an original vial but the voice of my buddy Duane filled my skull "you'll break it"...so I picked up a nice repro vial from Ken Beuche of Calumet trade company. The problem I had with the oiler was that...it didn’t hold the oil well. it turned a small leather bag I keep my gun equipment in to a greasy (yet waterproof) mess maybe it works better in a cartridge box. So I opted to keep sweet oil in the bottle and simply use the pick as the "dripper". The set up worked pretty well when I cleaned my gun after a day of shooting.
I went with the bottle as native sites are full of them. A number of years ago Alan Gutchess did an article on them in his publication "Native portrayals". You can see great examples in the books covering the Tunica site, Conestoga site, Fletcher site etc. To give you an idea of what small period bottles looked like Ward Oles shared a link with me that can give you a pretty good idea of what to look for
;

Bottles are a great way to carry oil, paint or Laudanum (do not try at home/in the woods/event):
“I infused forty drops of the tincture of cantharides and the same quantity of Laudanum into a glass of rum, and when she came to me soliciting very earnestly for the strong water. I gave her the dose which was prepared for her. She drank it without hesitation, and being already much intoxicated, it made her stagger…I then repeated the dose, which she also drank, and then fell on the floor…..I have always found Laudanum extremely useful. In general it may be considered an essential article in the commerce with the Indians.” John Long

Yeah that was pretty messed up, John Long 18th century trader and inventor of roofies.

So as of late I’ve ventured back into the message board world and it’s made me remember one of the reasons I started this blog. To push people to reexamine their kits or some ideas that have been stuck in the hobbie for awhile. So one back and forth that still has me amazed are the smock vs hunting shirt idea some authors cling to. Ok so I thought by this point most folks realized that hunting shirts were good for VA/PA backcountry impressions for the 1760’s. Yes I have still seen some folks ramble on and on about the lack of info etc.

So I’ll break it down a little…Ok so we can all agree that the Hunters for Bayton, Wharton and Morgan were HUNTERS (long/market/station whatever they were hunters) and as such they wore clothes that they would normally wear to go…yeah you guessed it hunting. So here we have a few examples of shirts being purchased by Morgan’s guys:

Ok so you can see that cost varied between types of materials used but that the Hunting shirt was WAY more expensive costing as much as a jacket (a “neat fuzee” costs 3.0.0)
This quote from Trumbull really nails it home:
"You expressed apprehension that the rifle dress of General Morgan may be mistaken hereafter for a waggoners frock, which he, perhaps, wore when on the expedition with General Braddock, there is no more resemblance between the two dresses, then between a cloak and a coat; the waggoners frock was intended, as the present cartman’s to cover and protect their clothes, and is merely a long coarse shirt reaching below the knee; the dress of the Virginia riflemen who came to Cambridge in 1775, was an elegant loose dress reaching to the middle thigh, ornamented with a great many fringes in various parts meeting the pantaloons of the same material and color, fringed and ornamented in corresponding style." John Trumbull, Personal letter, 1780
Also take into account that this garment was known enough by 1768 to be used to ID a runaway servant and by the 1770’s this shirt was the mark of a “Virginian” or “longknife” (funny how a shirt is the mark of a long knife…I wonder…) who were hunting on the wrong side of the ohio. I guess if at this point you want to scream and yell about the lack of hunting shirt info none of this matters. So keep clinging to the ideas from reenacters from the 90’s (the 1990’s…you remember that decade when the Macarena and Nafta was a good idea) Yeah a little negative I Know but the whole doer vs Librarian fight has grown passé at this point. Evolve or GET OUT OF THE WAY. I’m going to the woods and on the way home I’m picking up some books I got thru I.L.L at the library.
Posted by Nathan Kobuck at 10:30 AM