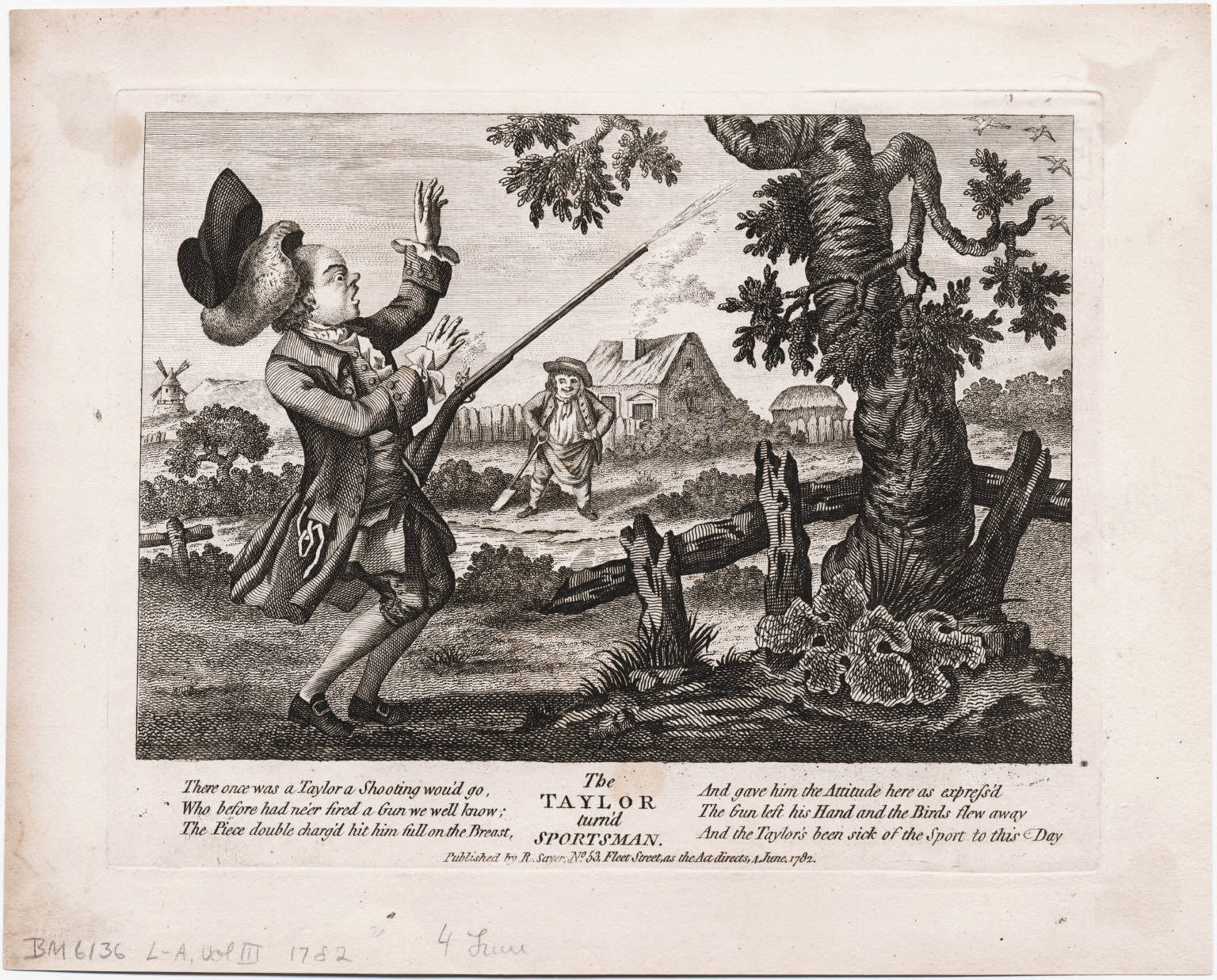 "Taylor turned sportsman"   I wonder if he thought it was a turkey?

Below are a few political cartoons showing the dress and tools of 18th century "Taylors" the men who worked at Fort Pitt may have dressed like these fellows. 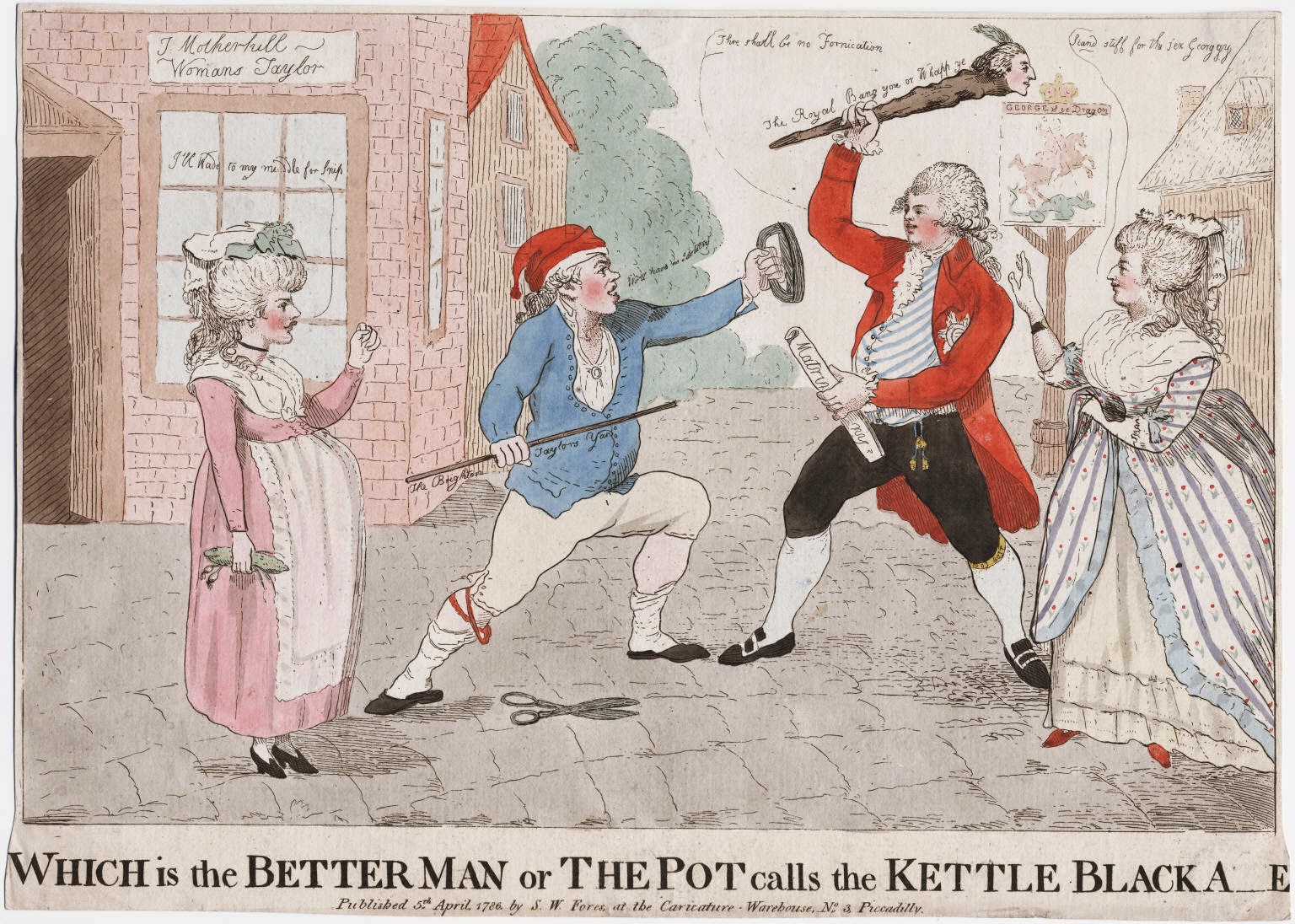 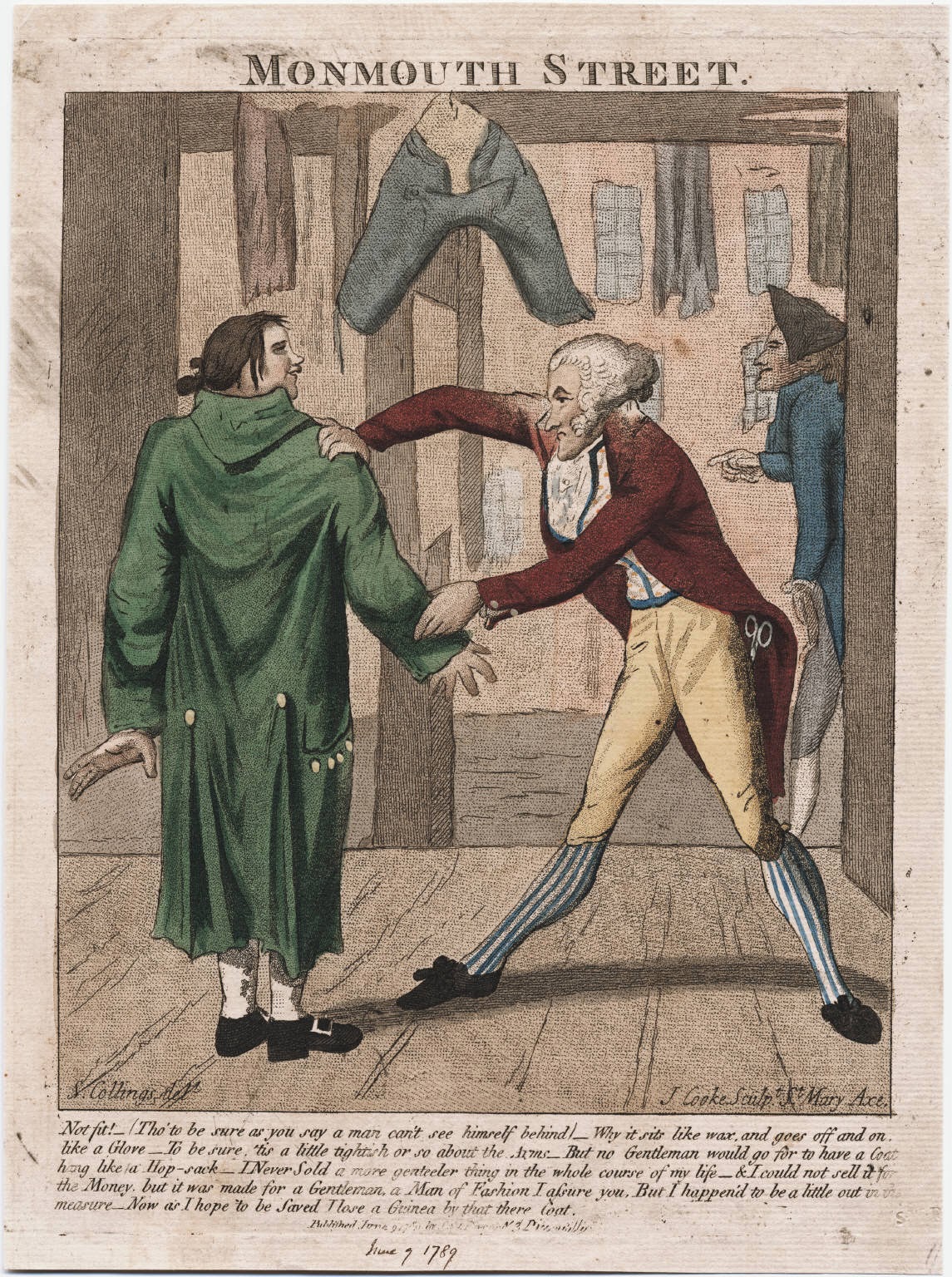 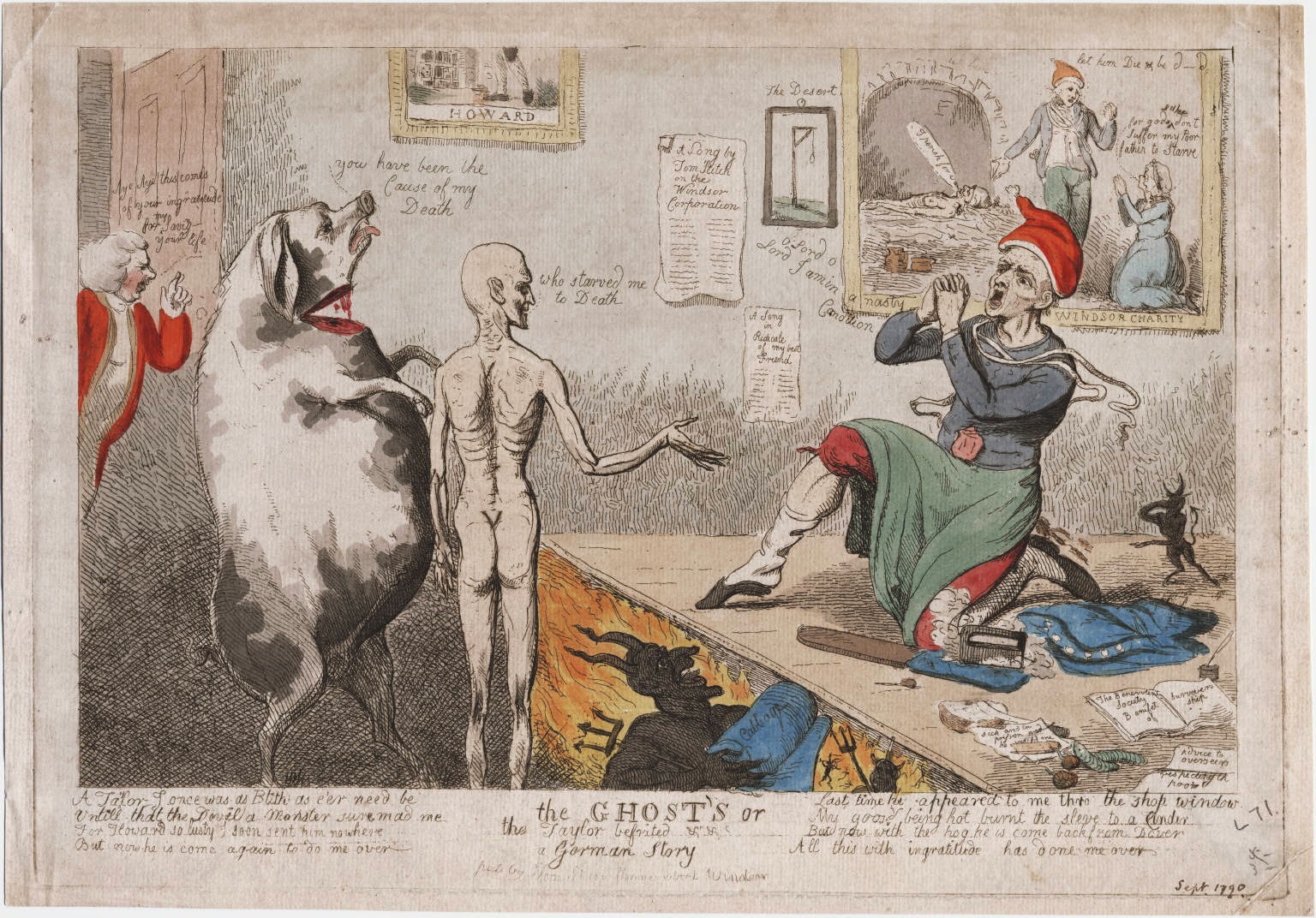 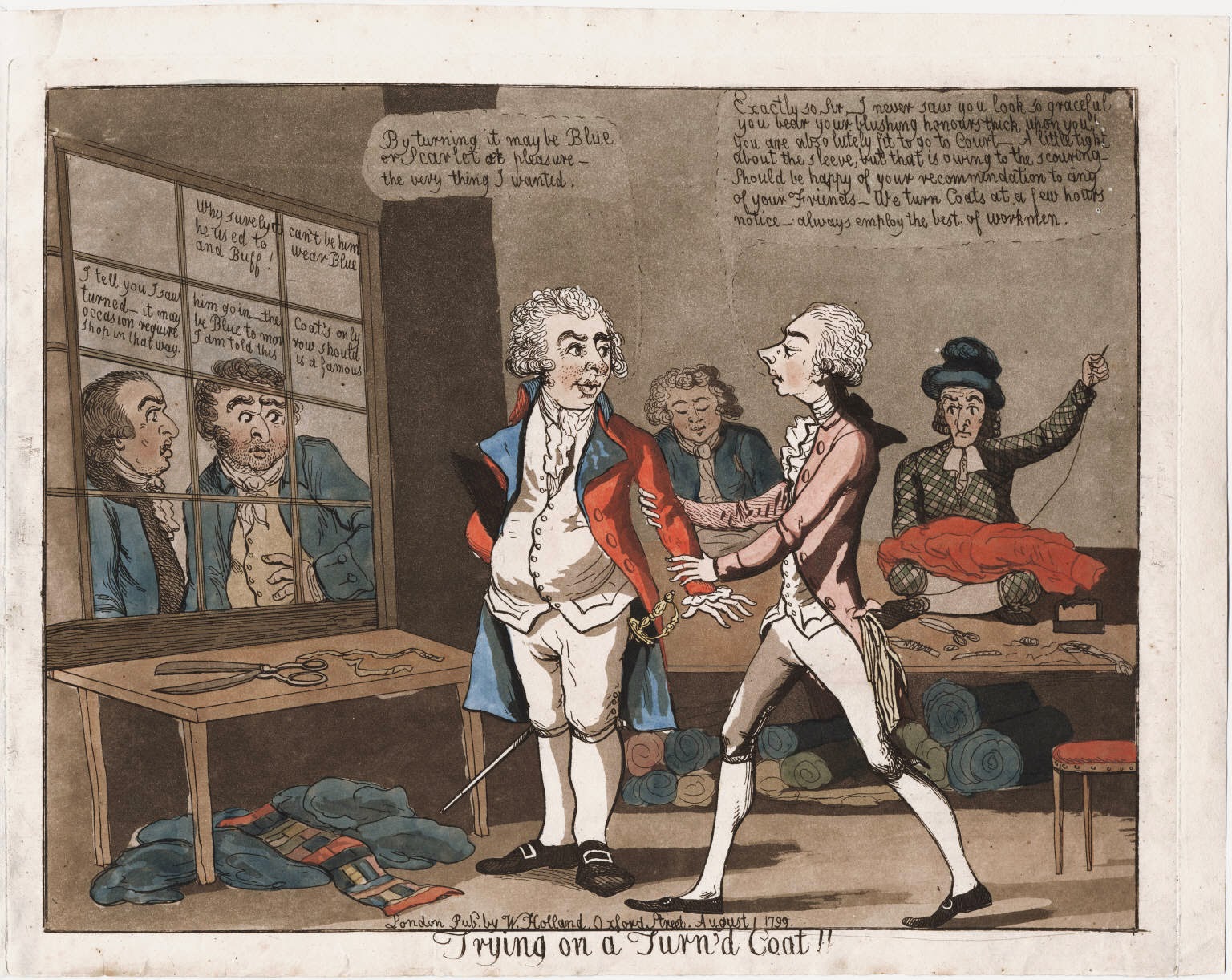 Been awhile since I’ve been here. Well I blame children and water in a computer full of posts, or I could blame the fact I spent a crazy amount of time in the woods and reading. I have to admit I’m more than a little disillusioned with the idea of sharing information. The waterheads have been in full agro mode at me again and the odd part is I haven’t  really surfaced on a public forum for a very long time.  After a weekend at the School of the long hunter and a day at Fort Pitt talking with likeminded folks I feel refreshed and ready to jump back in with both feet. Or it could be the fact I cant trap anything so the boredom is driving me to this.


Say trading post to most folks and the images of natives, hunters and clerks spring to mind. A place of mixing cultures and ideas….Yadda yadda, add in paragraph about cultural immersion here…this idea glosses over the many jobs that were involved in the fur trade at places such as Fort Pitt. Coopers, blacksmiths, packhorse men, Bateau men  and other skilled working class trades all moved to these locations to take an active and needed part in the trade.  One major trade however has been overlooked in my opinion and it’s that of the tailor. Yes the table monkey, the stitch Jockey….


Let’s face it the basic idea many have is that long hunters dressed a certain way, natives another and traders yet another. Well the odd thing is that “trade goods” cost the same for hunters,Traders, natives and slaves. So when Morgan dressed his slaves in blanket coats, leggings and clouts the price of those items was the same a hunter would have paid for them. I gotta say it again loudly THERE WAS NO LONGHUNTER SECTION OF THE TRADING POST.  Add to this the sheer volume of cloth that was part of fur trade, the shrewd eye of the native cliental, the fact you have a lot of working ppl/soldiers and it doesn’t take long to realize someone needed to clothe these guys when their clothes wore out.


BWM had a few tailors to sew for the Fort Pitt store and also had sent some folks down river to Dechartes to sew for that post as well.  It seems as these men would  work for the company directly:


Tho. Mckee to Peter Rowleter for making Breeches and Spatterdashes “/12/6

(This is interesting because most of the men listed serving on the Bateau Sherlock were listed as purchasing different amount of cloth/thread and paying money to the Taylor. Checked shirts, Scarves, Russia duck (for trousers?) and blanket coats. It gives us an interesting look into how the boatmen at fort pitt may have looked….and it’s not much different than---the same type of men working on the coast.)

Pennsylvania trader and Kentucky superman explorer John Finley paid the tailors of BWM for the following:


Making a suit of cloths

I was particularly pumped to see the use of “drawers” at the fort. This garment was a type of 18th cent underclothes that helps keep someone warm. Ok let me spell it out for you….not a blanket shirt worn over 4 linen shirts. The basic European cold weather garments for men made their way to the frontier. Hmmm I wonder if he had drawers in his pack when he made it to Kentucky?  Or did Long hunter etiquette of the time require him to check those at the headman’s house at Shawnee town?


What you see here is the basic clothes used and worn by a working class person of the 1760’s. No notation that this was what he wore in town, no addendum about how much of a dandy he was. Working class clothes worn by a guy who worked in the backcountry. Here is another example of a working class man buying cloth/notions and paying taylors for work. No specific garment is mentioned but it does give you an idea of the colors and cloth you would see on a guy building a house at Fort Pitt in the 1760’s. Let’s all see if Matt Stein buys any of this stuff this weekend at Fort Frederick Market fair:

To Peter Mckaughney the Taylor  1/2/6

So again we see items like mohair, buckrams etc being sold to make clothes. Not some shoddy thrown together garments made out of nettles and deer hide. The items being worn by working class folks reflect the common dress of the time. We also see premade leggings being purchased by a guy who does woodwork. So when your looking at cloth at the market fairs over the next few weeks please keep in mind that just because you didn’t live in Philadelphia doesn’t mean you cant own a claret colored…something.


Well It’s that time of year again when the Turkey’s start to fill our minds. So here is an 18th century Hunting accident to remind us that we need to know what we’re shooting at:


One John Cahie, of the Irish Station killed a Mr. McCutcheon of miller’s Station…..McCutcheon had pursued some turkeys over to the neighborhood of irish station, Where Cahie was engaged in the same buissness and seeing the back of his head above a log, mistook it for a turkey’s back and put 6 shot in it. (from the Draper manuscripts: Dale Payne’s Frontier memories III)


Well I’m off to dye more stroud cloth, Sew leggings for Fort Pitt and Weave like a mad man. Also thanx to prompting from Steve Davis….Ithere will soon be a lot more to this blog (insert evil laugh here)
Posted by Nathan Kobuck at 8:05 AM