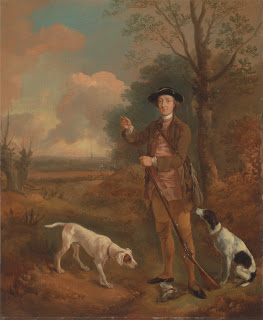 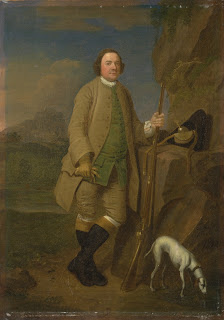 Edward Hatley 1752 " A sports man" Thanx to Jim Mullins for this one note the belt pouch in the image. hmmmm hunting ideas from a age before our grandfathers might work? 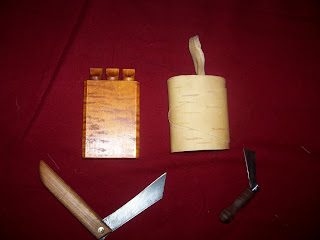 Bullet box, Bark box both good for holding shot/ball and a french knife and penny knife by Jed wray...honestly this whole kit is awesome for hunting/skinning small/large game in Pa in a period manner.....kinda makes shot pouches make sense after awhile

“Thou canst not touch the freedom of my mind.”

So I'm back to weaving...I need to gather more hides for my CLA Squirrel hide pouches/mocs maybe I can untan enough to make them worth the $200+ I see so many roadkill bags go for. Sorry to make that negative but man its weird to see so many ugly bags sell for so much. But then again if a horrible fingerwoven bag can go for 1300 then anything is possible. But ya got to wonder when a bag like that sells in about 15 minutes if it really sold. hmmmmm maybe it'll pollute a table near me and you soon like the other garbage some folks seem to collect. Or at least collect for the upper echelon. Thick pipes, weird research,hemp and bleeding cloth..why do they gather in Gettysburg, Pa? Bad spirits run the show I guess...Love of filthy lucre and lack of knowledge in some circles seems to keep water heads in charge..or at least in charge of their own horror show .

“Give me the liberty to know, to utter, and to argue freely according to conscience, above all liberties.” Milton
Hmmm This idea to me has more to do with "art" then I think some wil have. Maybe soon this will be an idea that people who practise arts from the age of reason will grab ahold of......art free of capital...art for the sake of keeping the art alive. maybe not.....


God I went off the rails with this one. Lets keep this happy. SO My next blog I'll do a product interview ...SO I'm gonna talk to OG Tom Conde...I'm gonna find out how rooster cogburn went from killing men to weaving ;)

Matt Steins chairs and other goods
http://www.matthewstein.com/New/Default.htm
Posted by Nathan Kobuck at 3:03 PM

Email ThisBlogThis!Share to TwitterShare to FacebookShare to Pinterest
Labels: of money