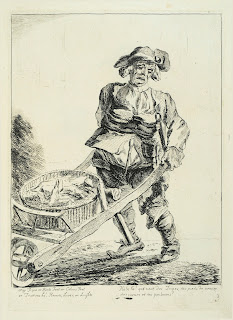 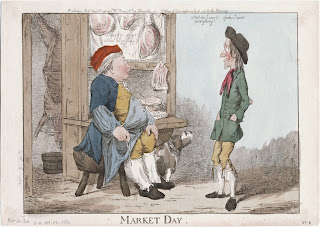 Mr. Charlton? did you run oft? 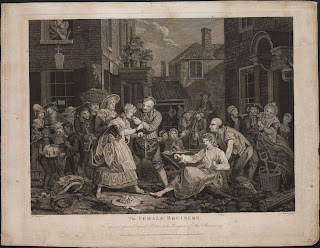 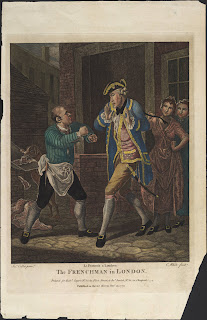 So did I mention I like Blanket coats? This has definitely been the year of the blanket coat. Spring…wet summer…wet , the fall so far…yup you said it..wet. I headed out the other day and well it wasn’t raining and it was sunny,it got so warm I almost took of my coat…then blammo rain. SO I moved down off the ridge I was hunting and got into a group of pine trees that over looked two shelves below me.
As I sat there listening to a blue Jay rat me out I watched 5 deer move across the lower shelf. They were feeding on the acorns that litter the woods this year. I sat there for about 45 minutes watching them feeling the temperature drop quickly and the rain pick up in speed. The deer slowly moved into the bayberry bushes (jagger bushes if you’re from Pennsylvania) I sat there for about 15 more minutes and then climbed back up the ridge and headed home. I didn’t get a shot at anything, I got soaked (to a point) and made a new hole in my left moccasin. But this is why I do this. The time in the library, the research trips all that really does in my opinion help make the time in the field easier.
I thought a lot about this the other night as I sat up at 3am trying to finish a sash and jumping online in intermittent fits of ADD to look at images. I Finish a few inches of weaving then a thought about gartering jumps into my head and off to the images….sickness I know.
….I knew If I needed to take a shot my gun would go off in the rain. Why? well I did the reading found a period way to cover the lock (cows knee) and the gun case (tucked into my sash if I needed it. I knew if I needed to take a shot between 50-100 yards I was fine with an unpatched ball. Why? Practice with a period documented method (chewed ball). I didn’t want to take a shot over 50 yards but I knew from practice I could if needed.
I stayed comfortable in a documented over garment in the rain (it would have really sucked in the standard 3 linen shirt method) I could deal with just about any problem I encountered with a period documented (common) item I had on me. All based on research (i.e. the Library) and practice (i.e. Doing) my point? No I don’t think I’m king sh*t, and this isn’t an ego trip(I need to replace my tumpline with a basswood one, get a better coat, leather breeches and shoot A LOT more and get way better at plant Id etc etc..I'm a farb I admit it). It’s that you can’t settle into either of these camps of thought and expect to improve yourself in this hobby. You need to read and do….but then there is the know-nothing party and they don’t care bout nuffin.

SO back to the Images… For some reason I’ve been on an apron kick. As a result I’ve been looking up a lot of working class images particularly Butchers (they do look a lot like my Friend Mr. Charlton, all of them…its weird. I also found my Buddy Mr. Gore a few times beating up a French guy) As a result I found myself with more questions….Many folks ask about “camp keepers” for longhunting parties one task they would have would be to flesh hides. I wonder how many of these folks had aporns with them and Sharpening steels. These steels appear in a lot of images of folks who need to do a lot of cutting (often attached to the aprons belt). I need to look more in documents to see if these pop up. The questions never stop…
I did find one gem that gave me a total history geek moment. AN image of a Guy selling tripe (mmmm tripe…just kidding even I have my limits) attached to what appears to be a belt is a rig no simple forest gump could have figured it out. He’s wearing a belt pouch with a sheath knife next to it at his side. Ok I can hear ppl now….I don’t portray someone that sells pigs feet I’m in the backcountry of BFK….yadda yadda yadda, mental elephant, etc. Alright that outa your system?
My point these simple common items one…were so common a street vendor in England was sporting them and two….These items were so common a street vendor in England was wearing them. The idea that these mass produced items made over there couldn’t have shown up over here (and we know they did) wouldn’t have been something so far out of the norm they wouldn’t have been worn by a person at say…fort pitt (where we know they sold shot pouches and knives with nice finished sheaths already made for them).
Just something to file away in your old mental image photo bucket site. Shot bags/waist bags on the military and pigs feet vendors (I could totally see a pigs feet vendor at fort Pitt, sellin Jumbo pigs feet inat dahn at da lower town…Msr Primanti at the sign of the Swine’s hoof . if you cant read that you’ve never been to pixburgh. Go STillers! ) Well anyway I need to finish some weaving I’ll be set up this weekend at the Fine Folk Art & Firearms show in Carlisle with Black smith Jed Wray. If your there stop by and say hi.