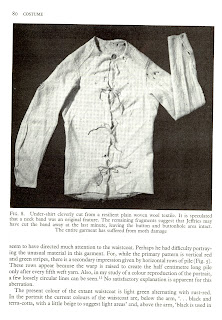 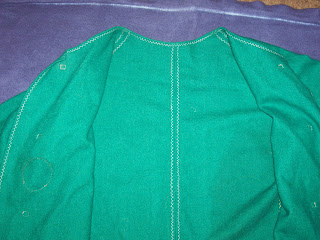 Inside of Underwaistcoat....seams sewn flat to keep from rubbing the skin...and no thats not machine stitching thats Just Crowder 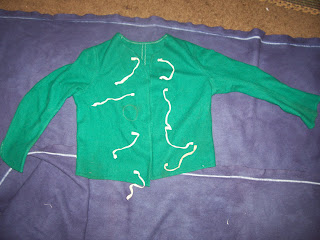 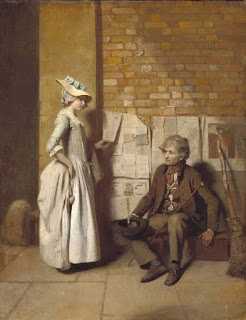 "The Ballad Seller" check out the ties on his under waist coat visible under his jacket, Long trousers, shoes with ties, short brimmed hat.....guy has enough brown on to be a longhunter ;)

Also in the love of Shameless capitalism I thought some folks might dig this. My Friend Mike Burke (Happy Birthday BTW) started a site to sell some of his Modern Horn work. It’s crazy to see his horn carving on a punk rock item like a “black sheep” (I’m Outa step with the world!!!!) But the stuff looks great and really shows off his talent. The site is: http://www.etsy.com/shop/MikeBurke

This site has some good images of Nelson’s undershirt:
http://www.thedearsurprise.com/?p=1436&album=9&gallery=65

This site has some images of the Jefferson Under waistcoat:
http://www.monticello.org/site/research-and-collections/waistcoat

Under Waistcoats and Drawers, Baumgarten, Linda
Posted by Nathan Kobuck at 11:43 AM