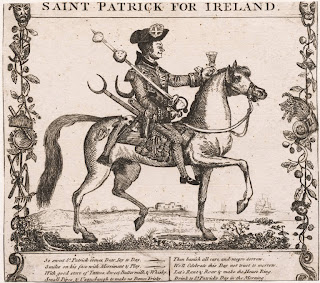 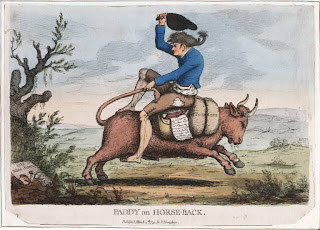 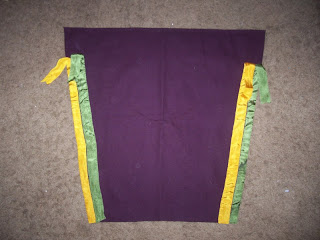 This weekend was a pretty nice change up before the “season” starts for me. The Honorable Guild of Horner’s had their meeting just over the hill from my place at Fort Roberdeau outside of Altoona, Pa. Mike Burke and Joseph Privott came up and we made the trek over to the fort for the weekend. Besides being overwhelmed by powder horns the biggest thing I noticed about the guild meeting was the attitude….an overwhelming positive attitude and a desire to share info you rarely see among craftspeople in this little world (thought I was going to go negative there didnt ya).
I am neither a powder horn maker nor maker of well anything except horn shavings and destroyed cow horns. However after hanging out at the meeting for the weekend I have to say I’m a little more inclined to pick up a cow horn or two and get to a lathe. Demonstrations on horn pressing, turning, carving…you name it you could get tips on how to do it as well as get hands on time with some skilled folks. I can’t say enough good things about the people I met and the overall attitude of this organization.
So for most folks the winter season is fading and the spring season is starting to kick off. Did you get all your new projects finished? Well I didn’t either. One project I started this past winter was knocking out leggings, matchcoats, and breechclouts based off period descriptions or in Images. The idea was to both have some of these items for sale and to have some premade items for my ever growing trade goods display.
I’ve found a number of examples of wool/ribbon color combinations in the Bayton, Wharton and Morgan Fort Pitt Day book. I’ve found ribbon/leggings being purchased by traders, natives, hunters and soldiers. Some items with ribbon were sold premade by many trading posts. In the 1750’s this practiced was noted quite humorously by a native complaining about trade goods. He commented that his ribbon clout he had purchased from a trader “barley covered his c*ck” and he but a small one (I’ll provide the whole citation later sorry to toss out an unbacked quote like that)
However Nicholas cresswell talks in his journal of having leggings made for him by a native woman outside Fort Pitt in the 1770’s. Does this mean she put on the ribbon and beads or just beaded a pair of premade leggings is open to debate? Also if you look at Jacob Stevens comments on the battle of Blue licks:
“on the top of the hill, I fell in with a man who had red leggings on, and I was told only the company from Lexington had on such leggings.”
To me this supports the purchase of premade leggings in the Kentucky region during the 1770’s. This isn’t to say ALL leggings were premade/stroe bought items but I feel that this was such a common item in the trade purchasing new leggings was as common as purchasing powder and lead. Also I’ve said it a million times (everyone repeat this with me) There was no White section and Native section of the trading post. Phillip the Indian hunter bought the same type of Leggings you would have seen on John Jameson.

30 ells of violet and blue molton employed to make 30 pairs leggings, garnished
29 ¾ ells of red molton (unused)
32 1/3 ells of violet molton (unused)
52 ells of white molton 20 ells of which employed to make 20 pairs of leggings
Employed to trim and braid the above… [this included “fancy Capots”]
2- 7/8 marcs of piping
1 – ½ marc wide galon
4 pieces silk edging (partly employed)
also mentioned is gartering
Sewing cost for leggings on this list is about 2s 6d /pr
a 1741 list to LaBaie mentions the trimmings as well with the silk edging being the only one specific to leggings
a 1747 LaBaie shipment from Montreal included “212 pairs of large leggings made of molton”
(Thanx Ike )

And yes the color combination is one reason I really wanted to make these. Purple Leggings turn up all over the place in period documents. At Fort Pitt I have found Red, white, green, blue and Purple turning up as colors for leggings. From experience I can tell ya…white leggings don’t stay white for very long especially in the spring. However I’m not gonna lie…..these things hurt my eyes
So after mapping out the amount of ribbon per legging to my mind the best bet was go with a documented ribbon scheme. If you look at the few original ribbon covered leggings in existence (The messiter example, the Russian pair pictured in the “clash of empires” catalog, the New Brunswick pair) you see that the ribbon was done with two rows of ribbon running the length of the front and rear flaps. I’ve found that on many period accounts of natives buying/receiving ribbon with leggings the math works out to this same 2 row configuration.
If you’re looking for a source for Silk ribbon for leggings or any project check out the folks at The Brandenburg store house. They carry a wide selection of colors and are great to deal with. http://www.brandenburgstorehouse.com/

Well I should be weaving and working on like a million other projects. On a side note I was able to get out again yesterday in between rain storms and shoot the G and get some practice moving and loading. I also spent a few hours working on my half faced shelter and collecting Burl and tinder fungus. It was a nice break from the usual modern world weirdness. So to get into my first self help column on here Try it yourself folks…walk away from the msg boards few a few hours … it’s spring , read a new book, take a walk in the woods, work on that project covered with dust in your basement. The boards will still be there when ya get back.
Happy Saint Patrick’s Day….mmmm guiness ...I've posted some of my favorite 18th century "irish" images enjoy.
Posted by Nathan Kobuck at 9:55 AM