Eating mush....nicer then it sounds 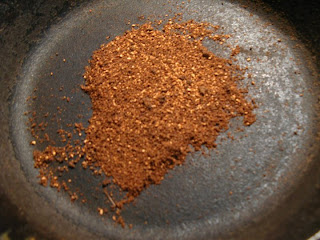 Joseph's cornmeal cofee....if you dont want a scalper from a store why buy cofee? 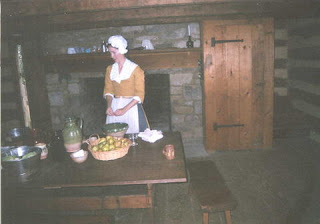 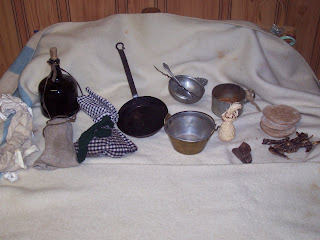 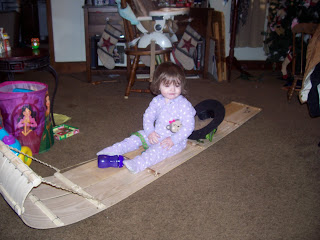 CIndy is ready to go.....can we document footy Pj's? Sled was made by Mike Galban


It’s amazing at when I start these things how far they end up from my initial idea. I started writing about cold weather gear part 2 and next thing you know mind is mush…..well on mush actually. I’ve started getting ready for a few days in the woods at my camp over Late Muzzleloader season. Go hang out in the woods and freeze my but off. The way things are looking we’ll have enough snow on the ground for me to finally use my toboggan/traine. This would make it nice because I can pack in a little more gear then I would normally carry. Right now the gear I have set aside is: A buffalo robe, 2 blankets, a medium sized kettle, a frying pan, water Barrel, Rum bottle, Oil cloth tarp, axe and my food.
Food is one thing I always have a little problem figuring out. If you ask Crowder my usual method of packing food is buying a bottle or two of whiskey and a bag of chew and I’m set for the weekend. I guess the problem is I have been spoiled by the women of the Augusta County Militia. They take 18th cent food as serious as I do hunting (and man can those ladies cook) . So as a result I tried to focus on food for this hunt more then I have in the past. A food stuff that I overlooked for a long time was cornmeal.
I’ve made my share of cornmeal ash (or a$$ cakes as they have become known in the acm) And it’s usually just a way to balance out the insane amount of Bacon/pork We eat at events. I tried my hand at Corn mush a few times but it never tasted like well anything you wanted to eat. On the last ACM canoe trip when I turned down everything but Shrub and bacon for breakfast I watched Carrie Fellows prepare a kettle of mush. The process she took was to put a handful of meal into the boiling water a little at a time. This allowed the meal to mix in evenly. This looked a little more scientific then my dump meal in, boil water, hate the tatste method of cooking.
So I tried a bowl and it was great (better then my bacon but tied with the shrub) Carrie also used Maple sugar to flavor the mush. Since the canoe trek I’ve cooked it a few more times on scouts and I’ve found that chocolate/molasses and even boiling the mush in Birch tea tastes pretty good. This is especially the case when you’ve been eating nothing but deer meat for a few days. It is also pretty good cooked and then fried in Bacon grease.
One thing you notice when you read a lot of travel narratives is the way people complain about the lack of bread with a meal. Creswell is constantly commenting on this in his narrative. You also can note a lot of narratives keep track of the amount of flour they are carrying. This is especially clear when they lament the fact it gets spoiled. Well when reading the Samuel Macclay Journal a number of years ago this detail finally made sense to me. Macclay was part of a surveyor party that traveled across Pa in the 1790’s in his journal one of the camp chores he notes is “baked bread in our kettle”. So I decided to try this out.
Simply using a brass trade kettle I mixed up some whole wheat flour and salt into a stiff dough. I then removed the dough from the kettles and rinsed the kettle out and greased the bottom of the kettle with bacon grease. I put the kettle back next to the fire (not on the coals!) I flattened out the dough like a large cookie and placed it back in the kettle. I left enough room around the sides to fit my fingers/knife in to flip the dough. I also punched some holes into the dough with a knife blade.
I let this sit next to the fire for a few hours making sure to turn the kettle now and then to cook the entire loaf. I also flipped the mass a few times so not to let it stick to the bottom of the kettle.
After a few hours the cake was cooked the whole way thru and was a pretty palatable hard bread. This takes awhile so this is probably something you’d want to do if you were tending a rack of Jerky or some other camp chore (fleshing hides, repairing moccasins)
Now an updates of sorts on the hunter info I posted the other day. Joseph Privott decided to try and make the corn meal “coffee” mentioned in the Timothy Pickering letters. Well Joseph fried up some cornmeal and says that it makes a pretty “palatable” coffee. So this something to consider next time you head out into the woods. If your already in the “they did without store items” camp they why carry a store bought good like coffee? Some maple sugar and cornmeal coffee might be a good historic alternative to your usual cup of Joe.
Well I should be weaving/sewing if I want to try and get anything done before Christmas. Also For anyone interested I’m looking to host a Shoot/woodswalk at my hunting camp in Central Pa in late Feb. /Early March (I’m putting up the prizes) and if time permits a workshop on an item gear (leggings/mocs). SO if you’re interested let me know.

This is a link to Issac Walters Blog “the French in Wisconsin” A lot of great info on cold weather gear, French stuff, etc….10 out of 10 history geeks agree…Ike Rules!
http://frenchinwisconsin.yolasite.com/

Long Hunter Leather company…good source for parched corn and other trail food Mr. Browder is a great guy to deal with.
http://www.longhunterleather.com/
Posted by Nathan Kobuck at 10:45 AM